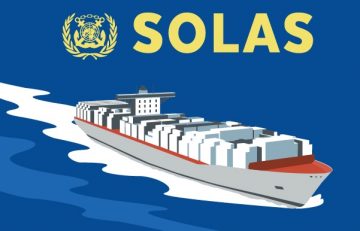 In 2016, in the article entitled “Sailors-truckers, or if you can not, but really want, then you can” (Ukrainian sailor, No. 16 dated 27.04.2016, https://moryakukrainy.livejournal.com/3061022.html) we paid attention to the issues of specific way of operation of the Bulgarian ferries “Geroite na Odessa” and “Geroite na Sevastopol”. It was analyzed, how by virtue of ingenuity and imagination of several officials the cargo vessels carry dozens of drivers, which de jure and de facto are passengers, also with violating of the requirements of transporting of dangerous cargoes.

It turned out, that the topic of providing groundless preferences for these ferries has not lost its relevance, but also received a new political and economic overtone.

The stumbling block for this time was the accrual of port dues, or rather an attempt to evade the payment of port dues in the amounts established by the current legislation of Ukraine for cargo vessels.

The issues of the status of freight and passenger ferries and persons onboard (passengers and car drivers), as well as the reasons for accruing of port dues for ferries in Ukrainian ports have been analyzed in details in the article “Heroes” of our time” (Ports of Ukraine, November 15, 2017).

You can read the full text of the article on the website of the resource “Ports of Ukraine” – http://ports.com.ua/opinions/geroi-nashego-vremeni.